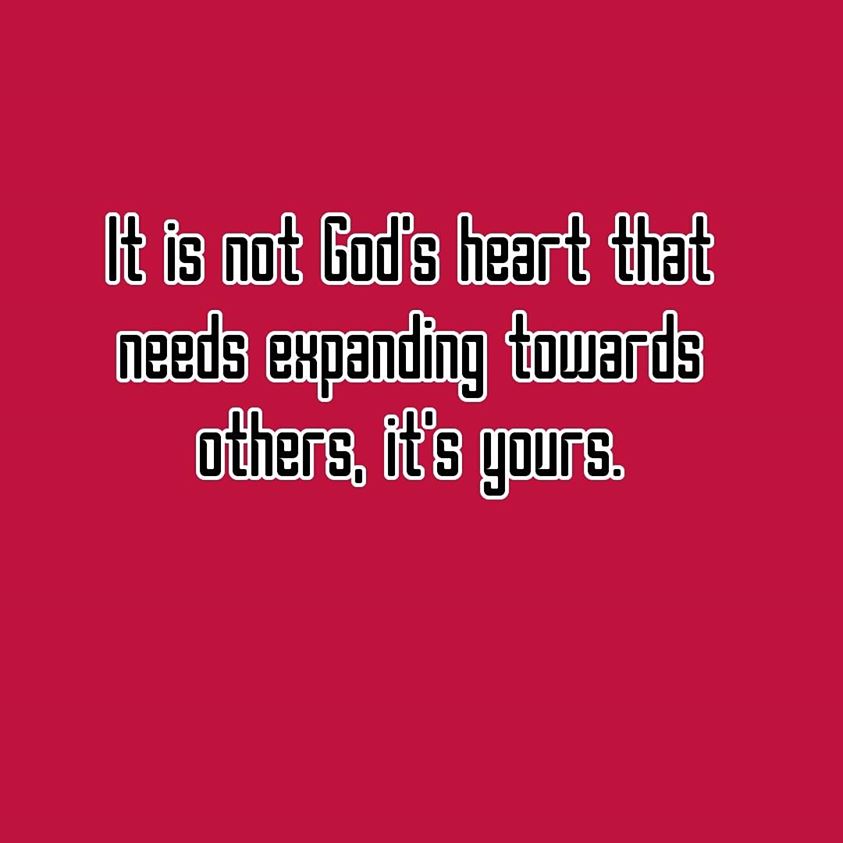 Do you volunteer to feed the hungry, clothe and shelter the homeless, cry when something terrible occurs to others, but that’s as far as you go? Will you protect them via money or calling your representative about bills that need to be passed or halted? Are you nice to everyone at work, no matter their religion or color, but that’s as far as you go? Will you stand up for their rights if your rights are not affected? Do you really…really see other believers as your brothers and sisters in Christ? Or is that only good for religion and not to stand against injustices or a tyrant of a leader that wants to oppress your “sisters and brothers” of color and different cultures in Christ? What about non believers? God still created them. Are they off the list?

I’d like to see less Christians and more Christ.

The other day, I was a follower of Vicki Yohe, until I was floored by a photo with a fake photo of Jesus going back to the white house as a stab she took at the women’s march and her support for Donald Trump. (deep sigh) Not a sigh at her right to vote for him,  but much of a sigh as: this fake photo of Jesus, who had left the white house for 8 years, was headed back because he obviously wasn’t there for the last 8 years. Why wasn’t the spirit of Jesus there? Where is it that his spirit or God is not? Was it because a Democrat was in the house? Was it because…I dare not say, the President was African American? Either way, it’s wrong. I wish we, well you, who do this, would stop pushing this white or any color  Jesus in our faces. I wish you would understand why it bothers many people so much. Honestly, I don’t think many churches or Christians care to understand. Some need him to have blonde hair and blue eyes or otherwise they couldn’t dare bear the thought of him being any other color. Would they weep as much about him hanging on cross if he were of a darker hue? Only the pure in heart could answer that.

Here’s a thought to bear, why does it bother you to admit he was Jewish? And let’s go even further, hold your breath, Jesus is spirit. Just like you and I. His spirit was housed in a Jewish body for such a time as he came. Just like humans, we needed to paint him to look like us…but not all of us….and how unfair is that! How damaging is that! How egotistical is that? How is that for flesh? You are spirit, housed by a body of some race. I am just taking a swing, but I think this is why God wanted no parts of an image. Because images matter. What you imagine and who you imagine, matters. It matter more than you think. It causes great confusion and even hatred. It causes many to want no parts of a white Jesus and I can explain this only from the African American perspective. It’s a good thing I realized that Christianity was not the white man’s religion but had gravely been misrepresented by white people during  a time when my people were being used as slaves. Who had no reading skills, and were banned from learning to read in a foreign land because well…understanding that what you are reading is not truth could cause an uprising… because once we find out you have been lying…about God, on God, and about the word of God…that could be fire for freedom and  civil rights. And well, who’d want that? Some are so embedded in the image of Jesus they can’t bare to remove it from cathedrals or home.

While, we have the right to vote for who we want, as a Christian held in the spotlight, whether she liked it or not, all eyes are on you. Well, she’s not a leader or a teacher you say, but regardless she’s in a position to usher in the presence of God as we say, and many look to her and others like her to be vessels. Paul says in James 3:1 those that teach are judged more strictly than others. This can be applied to many Christians even if you don’t teach. In some shape form or fashion, when you proclaimed Jesus to the world, the world tends to look at you. You may not get the exact pushback she did or a Pastor would get, but you still feel that judgement. And furthermore, I wish we would stop patting fellow Christians on the back and consoling them, when they are outright wrong in their thinking and hearts, we seem to do this for the ones we “like” anyways.

It’s not what is outside that makes a man unclean, it’s what is on the inside. Those private thoughts about another person, race, group of people, acts that go on, on the inside, the biases, the evil thoughts no one can see, it’s those things that make a person unclean. We’ll never know what a person thinks about us, until they tell us and show us how they really feel. Or post a meme.