I must admit. I like to change my hairstyle every chance I get. I don’t mind trying new things from wigs to weaves and to rocking my natural hair. It’s fun to do but, it has also been expensive at times and very taxing on my ability to do these styles on my own or just the maintenance. I will tell you, if it were in my budget to have my hair done professionally every two weeks or to let someone else do the crochets and weaves, I would!

Making a decision on what to do with “my” hair has never been easy. However, I am use to going against the grain and when I went natural it was such an emotional, spiritual, and cultural experience I figure this new thing won’t be much different. Let’s talk about people.

People have opinions about other people’s hair. Your family, friends, and society are the “people” I am talking about. I’ve discovered that none or not very many of these people are willing to pay for what they think is best for you. My personal hair experience has been mostly negative until I began to accept and denounce opinions and societal guidelines of beauty. I was praised and awed at for having naturally red hair and being African American (because that’s not often seen on a daily basis). I was also told early on by my mother and beauticians as a child that my hair was “nappy” (said with disdain) and thick and hard to do because it tangled easily. Sidebar: My mom seem to have a problem with the styles I chose once I was old enough to decide what I wanted. I can’t remember anything she liked. It was always pointed out that it was “ugly” or not cute. It was met with a scrunched up face and an “ew” no matter what I did. It was and is course. It needed to be straightened by a press or perm to make it easier to deal with first. Secondly, having “straight” hair would be deemed more acceptable by society (jobs, white people that were doing the hiring, black people that were employed by white people that were doing the hiring). Having straight hair would make you cuter and boys would like you. Then I found out that having long hair was needed on top of your hair being straight. The only time you didn’t need straight hair is if you had “good” hair. You know, curly or wavy.

Believe it or not, things like this impact my race psychologically. It makes you “think” twice about choosing a style that YOU want based on what society will accept or a biased job. African Americans in this country are sick of others controlling the narrative on what we should and should not do to our hair. I hate to say it but, it goes back to slavery and what was “ok” as far as what we did, how we did it, when we did it, what we looked liked as far women covering up their curves, and their “exotic” hair and features. I don’t have to look like you to be accepted. I don’t have to dress like you to be accepted. It really runs deep in the psyche of a predominately white society. Look like US. Act like US. Speak like US. Even in Christianity, worship like US. I want to ask, who are you? WE are AMERICA. All of us that are born and live here.

Should jobs have restrictions on hair? Yes. Should they be biased and slick geared towards the discrimination of African Americans? No. We know you don’t like braids, natural hair, and locs. It’s not “professional” and it’s a way to keep African Americans from being employed at your business. Do companies have a right to decide on how they want employees to dress and represent their company? YES. But once again, you have to take into consideration culture and people that do not LOOK like what you deem acceptable based on biases. Honestly, who gives a damn about what you like about someone’s hair? Go beyond that and see what they bring to the table. VALUE our hard work and intellect. Do yourself that favor.

And why I am at, we don’t prefer the touching of our hair as our ancestors were often touched and felt over and picked like fruit by those who wanted to buy us. Our hair and bodies were touched and we could not say NO. STOP. GET YOUR HANDS OFF OF ME. RESPECT MY BOUNDARIES. I AM NOT SOME OBJECT TO BE GAWKED AT. There is a difference from being marveled at, curious (Because it’s different, it’s fascinating, and you want to see if the things/lies you’ve been told are true about black hair. You want to know how did you do that with your hair?). That, I don’t mind. I am here to inform you but, I must warn you, many of my people are on the offense about things pertaining to their blackness or culture. I think it comes from defending, explaining, fighting to be accepted, etc.

Well, as I take a deep breath, without further delay, I have decided to loc my hair for the sake of my hair. The constant breakage and damage and the inability to maintain it regularly. And who knew, it would become another personal journey. I can tell you right now, most in my family HATE IT or mildly put, DON’T LIKE IT. As expected. I just focus on those that are neutral, like it, love it, and support it. My hair doesn’t change my love, my intellect, my creativity, my compassion and passion, etc. Did you know that with natural hair, braids, or locs people can still gain knowledge and perform their job duties? They can run businesses, own businesses, and corporations. They can even, brace yourself, change the world. Mind blowing or blown? 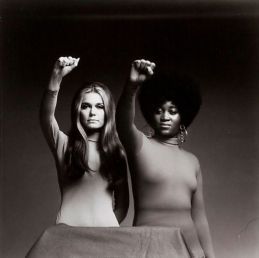 I won’t set my clock back 300 years. No one is going back to a time where it was hell for some and paradise for others. The God I serve is a progressive, forward thinking God. Therefore, I cannot go backwards. We are here NOW. The only time that exists is NOW. Nature is progressive. Humans are progressive. Though some minds may be still trapped in the illusion, that somehow, by skin color they are superior.  Even though, by gender, some may deem themselves smarter. Even though, by religion, some may deem themselves having the rights to God (though I am sure, you cannot own God, nor claim Spirit solely for yourself, since you didn’t create it or him or her).  Even nature gets ill. Even nature has diseases. But it thrives and those that are dis-eased…die out or have to be cut out in order not to affect others. I’ll set my clock for a better future. And be prepared, to do whatever needs to be done to ensure we continue to progress.

A modern day Renaissance Woman. A Creative and Spiritual Being. Author of Fiction and Non-fiction. Writer. Fashion. Art. Music. Food. History. Travel. A bit of a philosopher I am told. Dreamer. Entrepreneur.